Delta Commons Group is a collaborative that promotes and facilitates the development of opportunities for Clarksdale residents and others throughout the Delta region of Mississippi and Arkansas. DCG works to offer affordable high-quality places to live, work, in order to preserve and enjoy the rich heritage of the region.  The Delta Commons Group includes artists, cultural workers, policymakers, advocates, developers, and organizers who collectively engage in building and maintaining an inclusive local economy rooted in productive and sustainable community ownership.

Leonette Henderson is a native of Clarksdale, MS and was formerly the Director of Development and Partnership for Higher Purpose Co. (HPC). HPC is a 501c3 economic justice nonprofit, building community wealth with Black residents across Mississippi by supporting the ownership of financial, cultural, and political power. She is currently the Executive Director of Griot, a Clarksdale youth development program. Leonette has a fervent desire to propel economic and social justice. This desire is rooted in a genuine concern for the overall well-being of people and community as well as a predilection for an equitable distribution of justice. As a documentarian, she believes in shared stories that recreate narratives for individuals, communities, regions, and countries, giving light to their truth and healing.  Leonette has spent 14 years in higher education, education reform and secondary education collectively, six of which as a nonprofit professional.  She has served on the Faculty Affairs and Faculty Development team for the University of Virginia’s School of Medicine.  Prior to returning to the University of Virginia, Leonette joined New Leaders, a national nonprofit that develops transformational school leaders, where she served as the Program Coordinator and later the Program Manager for the Effective Practice Incentive Community (EPIC) in Memphis City Schools.  She then served as the organization’s Interim Development Manager.

Leonette has served as a guest co-lecturer at the University of Virginia on the “Obesity in the African American Community,” and as a guest speaker on “Philanthroculture” for the North Carolina Planned Giving Council. She has served as a board chair for Sisters Conquering Cancer, board member of Shelter for Help in Emergency in Virginia and Higher Purpose Co (MS).  Leonette has a Masters in Philanthropy and Development from Saint Mary’s University of Minnesota and is a proud HBCU alum with a BA in History from Tuskegee University.

Tufara Waller Muhammad is a multidisciplinary artist, political strategist, popular educator, and cultural organizer.  Tufara has worked for over 25 years at the nexus of art, faith, and justice in the US South and Global South. Tufara Waller Muhammad draws on six generations of her multiracial familial lineage of civically engaged artists, organizers, and spiritual leaders animated by faith and a commitment to justice, healing, and transformation of systems and structures within communities, institutions, and governmental entities.

Ed Whitfield is originally from Little Rock Arkansas and was a long time social justice activist before becoming involved in community development, cooperative development and philanthropy.  He now spends most of his time trying to help communities build self-reliant economies to meet their needs and elevate the quality of life. Ed was Co-Founder and Co-Managing Director of the Fund for Democratic Communities (F4DC) and continues to serve on the boards of the Seed Commons: A Community Wealth Cooperative and the New Economy Coalition (NEC)  Ed spent 9 years as Board Chairman of the Greensboro NC Redevelopment Commission and was the board chair of Greensboro’s Triad Minority Development Corporation before becoming involved with  the cooperatives and the world of democratic non-extractive finance. Ed has  written recently about comprehensive approaches to community economic development. Ed serves as a consultant to the Los Angeles group, Downtown Crenshaw Rising, working in the arena of capital formation and securing Socially Responsible Investors. He was also recently named Senior Fellow with Seed Commons working on business development training, organizational development and investor relations.

Alex Lawson is a financial service and community economic development professional passionate about helping marginalized communities reach their full potential by shifting norms in economic policy, social innovation, and business strategies. He is currently the Corporate Project Manager for HOPE (a family of nonprofit community development financial institutions consisting of Hope Enterprise Corporation, Hope Federal Credit Union, and Hope Policy Institute). In this role, Alex manages enterprise-wide projects related to affordable housing, healthy food access, small business development, corporate innovation, and disaster recovery. Prior to his current role, Alex helped HOPE raise more than $60 million as a member of the Investor Relations team where he played an integral role in developing the company’s blight elimination strategy for the Mississippi Delta and worked extensively with local, regional, and federal funders. Before joining HOPE, Alex was the Founding Director of Operations for a middle school in Jackson, MS, a Financial Analyst for a social media technology firm, and a higher education professional at his alma mater, Millsaps College.

Noel Didla is an immigrant from South India making Jackson, MS home. She is a resource generator who has moved 5 million dollars in the last three years to indigenous, black and brown communities across the Gulf South states, NC and Michigan as support for self-determination and COVID rapid response. A former instructor in the English Department at Jackson State University, she currently works for the City of Jackson and serves as the chair of the Mississippi Food Policy Council.

We are here to support the capacity building, resource generation, and community centered economic development of the Mississippi & Arkansas Delta people through principled relationships and cultural work.

Note: Carousel will only load on frontend. 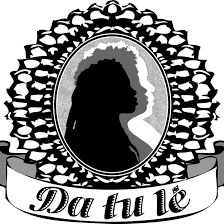 Delta Commons Group has been designated as one of the 5 Southern Culture Hubs participating in this year’s Artists At Work program of THE OFFICE performing arts + film. Artists At Work is a workforce resilience program in the spirit of the WPA and is designed to support the rebuilding of healthy communities through artistic …